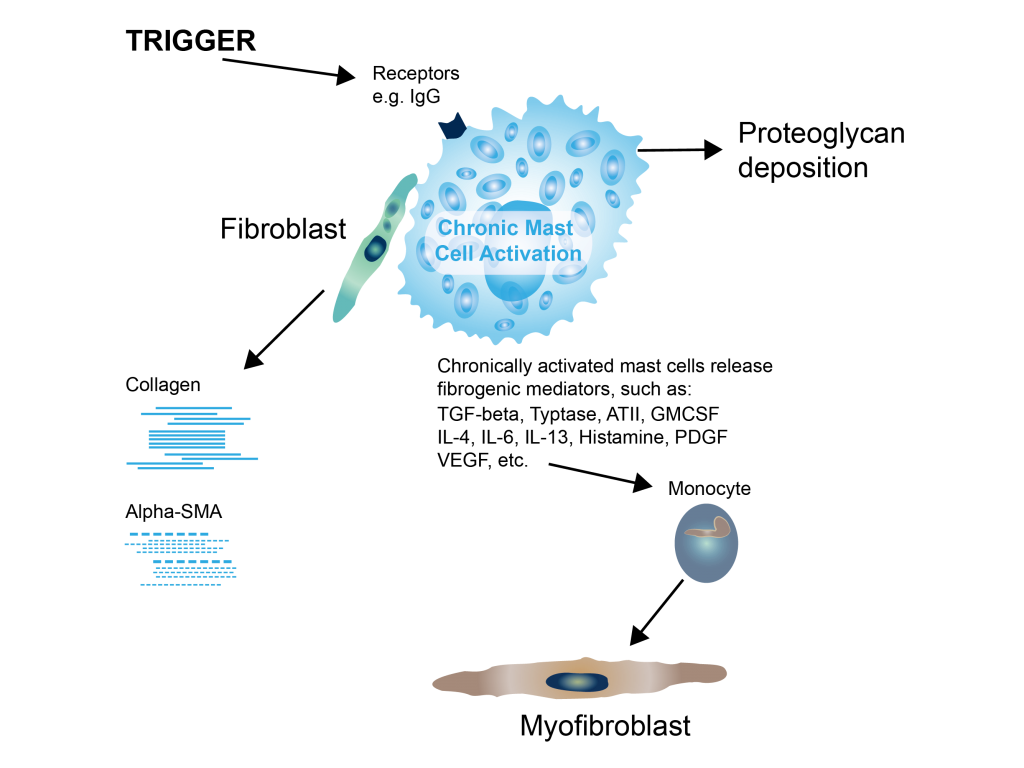 Mast cells with their pivotal role in tissue repair and remodeling are crucially involved in the pathogenesis of fibrotic diseases, such as idiopathic pulmonary fibrosis, cardiac fibrosis and renal fibrosis, with often high morbidity rate.

Idiopathic Pulmonary Fibrosis is a rare disease that affects an estimated 450.000 patients globally.