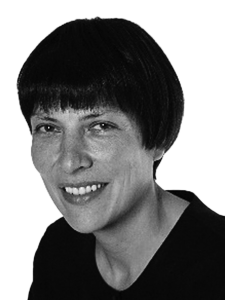 Prof. Dr. Norma Selve has more than 30 years of experience in big and medium-sized pharmaceutical and start-up biotech companies in the development of pharmaceuticals. She has direct experience and responsibility in the area of non-clinical drug development and managing regulatory affairs, particularly covering early stages of development from lead candidate selection (pharmacology, safety pharmacology, toxicology, kinetics / ADME) through entry into man and up to Phase II POC – in addition support of Phase III and post marketing phase IV line extension clinical studies, authority interactions and inspections.

Prof. Dr. Norma Selve studied Biology at the Ruhr University in Bochum, made a bachelor degree, followed by a PhD in Physiological Chemistry and right afterwards as external a Habilitation and post-doctoral lecturing qualification in the experimental field in vivo pharmacology. In addition, she has acquired board certification as pharmacologist, toxicologist, DGPT and BTS, and ERT. Further, she served as an elected board member of the German Society of Experimental and Clinical Pharmacology and Toxicology (DGPT, 2003-2007).