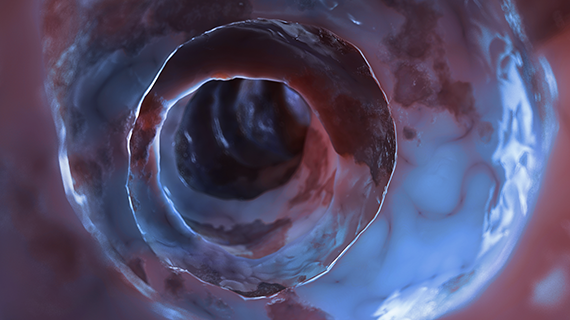 Mast cells are tissue-resident immune cells that carry out protective roles against pathogens. In disease states, mast cells may convert from protective immune cells to potent pro-inflammatory cells that exacerbate the many features of Inflammatory Bowel Disease (IBD). The release of pro-inflammatory mediators from activated mast cells, for example proteases, heparin, PGD2, LTC4, PAF, cytokines, in the intestine and colon of patients with IBD likely contributes to the inability of the epithelium to act as an effective barrier to pathogens and immune-activating antigens in the gastrointenstinal tract. IBD patients often show an increased number of mast cells in close apposition to the basal lamina of the glands among the epithelial cells and in other layers of the gut wall.

In conclusion, it has become apparent that mast cells play a significant role in several aspects of IBD, especially Colitis Ulcerosa, including regulation of epithelium permeability, transmission of signals during neuro-pathologic stress, and the initiation and maintenance of inflammatory responses with the subsequent tissue remodeling including fistula and strictures that occurs after resolution of the acute inflammatory stage in the gastrointestinal tract. Currently avaiIable anti mast cell mediator therapy results in symptom improvement of IBD patients, and we expect that especially Colitis Ulcerosa patients could significantly benefit from our new therapy platform with the ability to completely inhibit activated mast cells.

Colitis Ulcerosa (IBD) has an estimated prevalence of 4 million patients in the major markets.