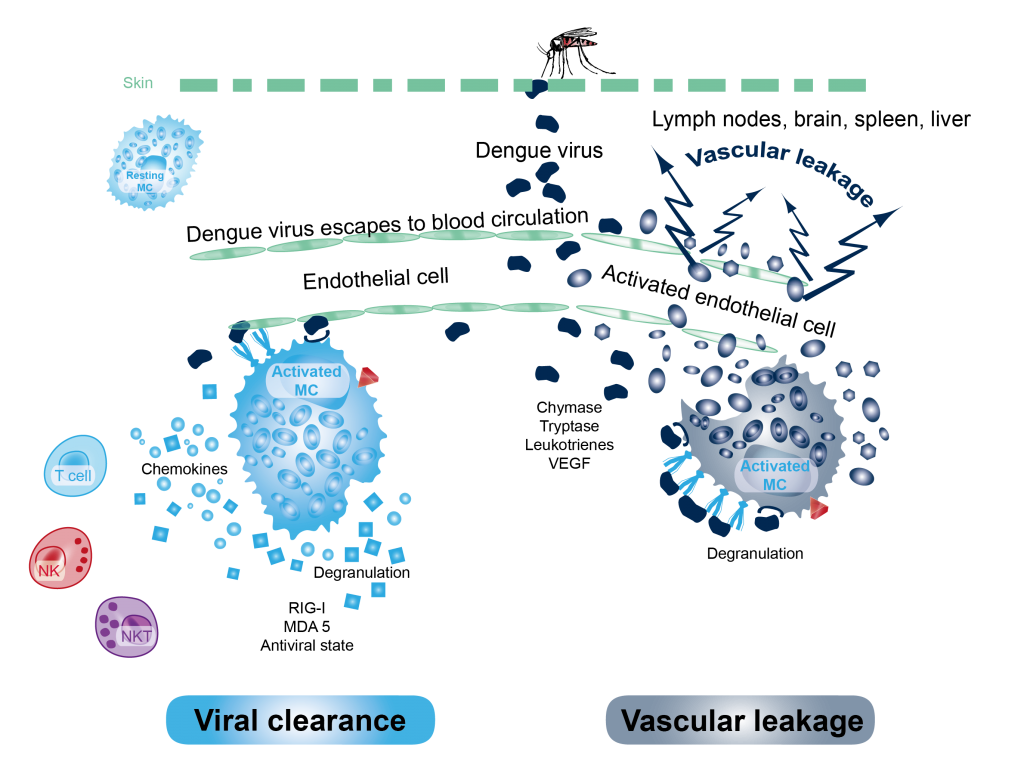 Dengue is currently regarded as the most common arthropod-borne viral disease in tropical and subtropical areas, with an estimated 50–100 million infections occurring each year. Dengue virus infection is the cause of the debilitating diseases dengue fever and dengue hemorrhagic fever.

Mast cells are widely recognized for their immune functions and as cellular regulators of vascular integrity in human skin. Mast cells are strongly activated by the DENV virus, particularly when MCs are sensitized with heterologous anti-DENV anti-bodies during secondary infection, which results in activation and degranulation of potent vasoactive mediators pre-stored in the granules. These mediators act directly on vascular endothelium, increase permeability and induce vascular leakage – the mast cell activation levels correlate with disease severity in human patients.

The global incidence of dengue has grown dramatically in recent decades and now about 50% of the world’s population is at risk. Around 500,000 people, mostly children, are hospitalized with severe dengue each year. Every 20 minutes a life is lost to dengue. Depending on the available medical care the death rate from severe dengue varies between 1% up to as high as 20%.